Memorial Day weighs heavy on me. Because I do not know what I would do if asked to stare down the barrel of the gun of my enemy. 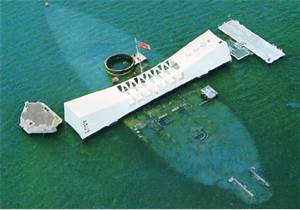 My greatest danger in service to my country was navigating mined waters while on the USS Caron (DD-970) during Operation Desert Storm. I had supreme confidence that my shipmates knew where the mines were, and avoided them. So hitting the rack in my berthing located at the waterline on our destroyer gave me little concern.
But what of those soldiers standing in the front of the infantry line during the Revolutionary War, or those that were at the front of the landing craft when the door dropped on Omaha Beach? They knew. They knew that death was possible, even probable. They stared down the barrel of their enemy knowing they could be near to drawing their last breath. How would we be?
It is not as common as in the past to know death may well be imminent. During earlier wars, battles were fought differently, warriors were not as educated, and faith in God was powerful. If death was imminent, please God take me into your kingdom.
We’ve moved away from our beliefs because we think we know more, are more educated, enlightened, if you will. So facing down the barrel of our enemy means we are facing an uncertain, or non-existent future, in our minds. So, perhaps, it is more frightening to be that brave soldier, sailor, Marine or airman.
So what would we do if asked to stair down the barrel of the enemy?
I don’t know. And may never know. But I know in Arlington, in France, and in un-marked graves and battlefields all over the earth, lay young Americans that were asked and heeded the call for the freedom of countrymen they would never meet, and other countries they knew little of.
I remember them. And pray that I could muster the bravery that they did, giving their last full measure of devotion. For me. And you.
~ Jeff
Note: Want to read a story of such a soldier? Read banker Dorothy Jaworski’s book, Just Another Good Soldier about her uncle, Pfc Stephen Jaworski who gave his last full measure of devotion during the WWII battle to cross the Moselle River.

5 thoughts on “Just a Soldier”