Who I am is in the eye of the beholder, right?
Quick note: I mostly blog about banking. Today I blog about myself so you can have a better idea of the person behind the writing.
I am a recent member of my local Rotary Club. New members typically give what is termed a “Classification Speech” to the membership. I was no different, and was tapped to deliver mine last month. So I called the club president to ask what I should talk about.
“Anything you want” he said. He later regretted it. Giving me an open mic is ill-advised, as my wife would tell you.
I formatted my Classification talk in “Who Am I” format, much like how Admiral James Stockdale quipped in a 1992 Vice Presidential debate. I delivered it extemporaneously, so I don’t have the exact words I used on that day, just an outline scrawled on a piece of paper.
But here is the essence of what I said. 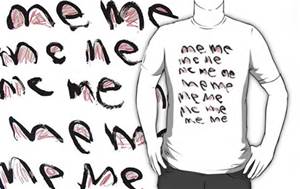 Who Am I? I am John and Joyce Marsico, my parents. My dad died of Hodgkin’s Lymphoma when I was six years old. Eleven months from diagnosis until death. He was the local McDonald’s manager. My mom was a stay at home mom, which was more typical in those days. Work life was different then. If my dad took weeks off to get and recover from chemo, he wouldn’t be paid for that time. So after chemo, no matter his condition, he went to work to keep the family money flowing.
When he passed, my mom was left with three boys, ages 8, 6, and 3. No income. And little life insurance. She went to work, and we lived off her wages and the social security survivors benefit. In spite of those tremendous challenges, she kept us in Catholic school for fear that without a father, we were at greater risk to getting into trouble or hanging out with some bad kids.
In today’s society, we call people hero’s for not so heroic things, like scoring a goal, or being in a film. Today someone called Kurt Russell and Goldie Hawn “inspirational”. Try going to work the day after chemo.
I am the husband of Jackie. We were high school sweethearts. I was working the charm on her since Mrs. McTighe’s high school English class. Took three years. Got married when I was 21, she was 20. Everything we have we built together. Nothing was given to us. Today, if you saw us walking down the street together, you would think I was rich. Well I am. Not in the money way.
I am a sailor. I served in the Navy because my father, grandfather, and uncles served. And I could’ve used the funding to pay for college. It was a tremendous adventure. I remember being taken out to my first ship that was sailing into the Mediterranean Sea, the USS Coral Sea, an aircraft carrier. I was flown out on a C-2 Cod, the only cargo plane (at the time) to be able to land on carriers. It had one window on each side, and I got the window seat. Coincidentally (or not), the chaplain was in the seat next to me. Aircraft carriers are mighty big ships, but very small airfields. I survived. Many of my old Navy friends remain my shipmates.
I am the father of two girls. As I mentioned above, I grew up in an all boy household. Girls, as I entered adolescence, were awesome. I didn’t know why I played ball with Jane all the way up to middle school, and suddenly I was ok with being her cheerleading base! As a dad, I knew. So God sent me two to test me! Ok, maybe that’s exceedingly narcissistic. Raising girls was difficult for me because I had no frame of reference. And the emotional ups and downs of growing up is more pronounced on girls than boys, in my experience. It weighed heavy on me when my girls went through it. But they made it through with flying colors! So far. Fingers crossed.
When our first was born, my wife and I were stationed in Rota, Spain. Twenty one hours of labor, the last three pushing. My wife, not me. I just experienced a couple uncomfortable hand squeezes and a difficult glare when I ordered pizza. After those 21 hours, the doc decided on a c-section. After trying to push my daughter out for so long, she had a conehead when she was born. So my first words when she was born was not “beautiful”, or “wow”. It was “is that normal?”. It was normal, by the way.
I am a bank consultant. When I first started, I worked primarily on mergers and acquisitions, where my boss told me that my job was 20% math, 80% psychology. It hit home when we were negotiating a transaction that the handshake-creating concession was to allow the chairman to keep his Bentley. Psychology.
My kids still don’t know what I do. In simple terms, some of what I do can be described by example. I watched a banker in deposit operations reviewing checks. She was flipping them one at a time. I asked what she was doing. She said checking for fraud. I asked what fraud looked like. She didn’t know. I asked how long she did that per day. She said one to two hours. I suggested she stopped doing it.
Perhaps that’s an oversimplified example of some of the things that I do. But it’s true.
I am a Rotarian. Truth be told, I probably wouldn’t have joined Rotary if not for my friends Dan and Kevin. But I was getting to the point where I was growing tired of the excuse that I travel so much that I can’t commit to much. Travel is the primary reason I had to hang up the whistle as a lacrosse coach.
I was getting a haircut one day at Manny’s barber shop. I call him the hip-hop barber because he was playing hip-hop the first time I visited. While getting my haircut, Manny took a call. After getting off the call, he explained that he had to schedule a haircut for a bed-ridden young man, who had a catastrophic accident years ago. He had been cutting his hair for years. What made Manny’s generosity even greater, was the young man lived 30 minutes away.
That’s charity for your fellow man. And that’s why I had to be more than the contributor to the family checking account.
~ Jeff
Did you know? That since Rotary’s first effort to eradicate polio from the face of the earth in the Phillippines in 1979, polio cases are down 99.9%! How about that! *Mel Allen voice*