Home > Insights > Jeff For Banks > Money Is Math. And Math Is Color Blind

Money Is Math. And Math Is Color Blind

Typical conversation at my house:
Me: How much was on the credit card?!?!
Wife: Well, it’s because of [reason 1], [reason 2], and [reason 3].
Me: Our checking account doesn’t care about the reasons. We pay the amount on the credit card, and it comes out of the checking account. Simple math.
This conversation is amplified for households in low-to-moderate income (LMI) families. So often they have too much month left when they run out of money. Causing them to do inefficient and costly things such as remit late payments and be assessed a late fee, use a high-cost payday lender, or sometimes ignore the bill. The cascade of falling dominoes leads to societal dependencies such as 30 million children relying on the National School Lunch Program for food. 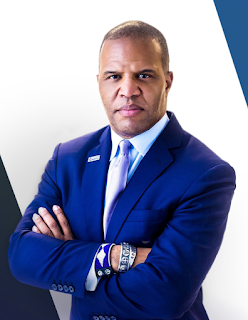 Nobody described this situation better than John Hope Bryant, an American Banker 2016 Innovator of the Year, in my firm’s This Month in Banking podcast three years ago. I encourage you to listen to it for ideas on what your financial institution can do to facilitate economic mobility among LMI families.

I also penned a TKG Perspectives article on the Community Reinvestment Act, its obvious lack of effectiveness if you consider outcomes instead of activity, and what financial institutions can do to promote economic mobility and community development.
Hint about the podcast and the article: It’s not about altruism or box checking. In Bryant’s words, “you can do well by doing good.”
We tend to be emotional spenders and don’t consider the long-term impacts of our decisions. I recall being the “money guy” for my daughter’s travel softball team. It was a club team and we had an annual fee. Club teams are important for players that want to be seen by college coaches.
We estimated our expenses and divided by the number of players to determine the fee. We usually rounded up in case of unanticipated expenses and to help families that may not be able to afford it. One family didn’t pay, and after several unsuccessful attempts to contact them, we determined they must not be able to pay. So the rest of the families absorbed that expense.
And then the family showed up to the first tournament with the nicest ride on the team. They made the decision to buy a nice car, and couldn’t pay for their daughter’s club softball team. I’m sure the emotional excitement of buying that car, and pushing their budget to the limit, might have made sense that day. But imagine if, instead of other parents paying that fee, we kicked the girl off of the team? Had they considered this outcome when asking “can we afford this car?”
This is where banks can play a constructive role. Had their bank positioned themselves as an advisor, the banker would’ve counseled the family on cars they could afford, without pushing the family budget to the brink, running the risk of dominoes falling if one thing went wrong, and teaching sound family financial management. Perhaps even set them up on budget monitoring tools and automated savings apps.
Because we often make foolish financial choices if left to our own devices. Think how many people don’t contribute to a 401k minimally to get the full company match? People leave the company match piece (i.e. free money) on the table because they don’t want to reduce their pay by their contribution. What bank financial counselor would recommend that?
Financial foolishness is color blind. We all could use a dispassionate advisor. But it’s particularly acute among LMI families because of the reasons stated above.
As John Hope Bryant said in the podcast, in the U.S., the poor can save capitalism. Banks can help make it so.
~ Jeff
< previous post
next post >