Home > Insights > Jeff For Banks > Build Your Own Bankers

Build Your Own Bankers

A colleague is working with a nearby college to develop a curriculum for a banking minor. They asked us to accept interns from the program as we often have summer interns, at least prior to the pandemic. The program is supported by the state banking trade association.

The professor charged with moving the program forward expressed frustration that banks were not providing enough internships nor commitments to hire graduates. Which is strange because in most strategic planning sessions we moderate, talent availability is a threat, and management below senior leadership is often a weakness.

Sure there are entry level positions that are plentiful. If a bank is naïve enough to think that a college graduate would be satisfied with the same position they could have attained without the college investment in time and money. Other than frequent turnover in those roles, there are not many available. Net interest margins are under pressure. Bankers are watching expenses closely so creating positions for entry level college graduates are not on the community bank priority list. And it’s not like college kids are sitting in their Money and Banking class sophomore year and thinking, “community banking, yeah, that’s what I want to do.”

But here is a college where the students are selecting the banking minor. So, yeah, perhaps those students are thinking that way. Yet, as the program now stands, community bankers are still not interested.

Imagine if we were interested 10 years ago. Would we now have fully developed branch bankers that are capable of calling on small businesses up and down Main Street talking cash flow management, small ticket lending, and inventory turns? Would we have seasoned credit underwriters that are highly productive, technology forward, and able to teach “green” analysts the ropes? Would we have business analysts throughout our bank that maximize the use of our sizable technology investments and asks “why” without answering “we’ve always done it this way.” Would we have commercial lenders without having to shop for them on the street?

But we didn’t. And precious few of the people described above are at our bank.

Now it’s time to lament about large banks’ management training programs. I will pause here to give you your moment…

What are the entry level positions of a college graduate with little to no banking experience, even if they had a banking minor in school? Perhaps junior credit analyst, business analyst, assistant branch manager, portfolio manager, or network administrator. 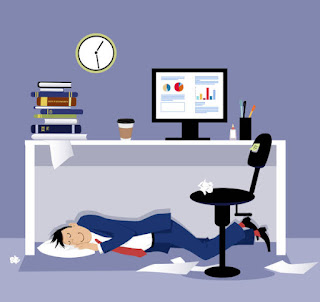 If you’re thinking that you don’t have these positions at your bank, or you have no openings, think again. There are people occupying seats at your bank that have little chance of moving your bank forward, executing on your strategy, and keeping you relevant. They are “occupying seats” and mashing buttons. And those seats cost more than what you are likely paying that person. They are blocking you from bringing on others that have greater potential to be future leaders. That creates costs that are exponentially more expensive than bringing the new college graduate onboard that might not have a productive position to occupy for six months.

This might seem crass to the humanitarian banker. But our relevance is at stake. And by creating a culture of continuous improvement within your employee base, your are increasing the likelihood that you can save the jobs of everyone else because your bank, with a superior workforce, matters to your stakeholders.

That seat shiner won’t have a job anyway if you’re sold. Right?

Ten percent of author royalties go to K9sForWarriors.org, who work to bring down the suicide rate among our veterans.