Robert “Bob” Earl Prothero passed away peacefully in his sleep at his home in Bluffton, South Carolina on January 9th, 2021. He was 87 years old. Bob attended Beaumont High School and Washington University in St. Louis, Missouri. He served in the Korean War and then in the Army Reserve. Bob began his career working as a CPA, auditor, and consultant at Peat, Marwick, Mitchell, & Co. (“PMM”, later “KPMG”). Before leaving PMM, he managed and headed their nation-wide bank consulting practice. After PMM, he became an executive vice president, CFO, and head of IT and Human Resources at the First National State Bank of New Jersey (“FNSB”, now “Wells Fargo”), and later Chairman & CEO of Bradford Trust Company on Wall Street (“BTC”, now “Bank of New York/Mellon”). Finally, he started his own consulting business, The Q Group, Inc. (“QGI”), where he was Chairman and CEO until he retired.

During retirement, Bob pursued his passion of investing. Bob was also an avid sports fan, and especially enjoyed following the St. Louis Cardinals baseball team. He shared his love of sports with his children during family ski trips, tennis matches, golf, running, and swimming. Bob was also an avid reader and a connoisseur of fine wines. He enjoyed a great life, and one of his last wishes was that people not be sad about his passing. He would prefer you to celebrate his life, perhaps by drinking a toast to him.

So, who was Bob Prothero? Bob was my mentor and boss while I was a banker at FNSB, and remained my mentor at BTC, and then my mentor and partner when we started QGI in the early 1980’s. He was one of the smartest most forward-thinking bankers I’ve ever known. Most, if not everything I’ve learned about being a banker and consultant, I learned from Bob.

I wish I could take credit for coming up with the successful concept of a service bureau to provide performance measurement for community banks. This remains one of the main drivers of our business today, but it was Bob’s idea back in 1990. Bob was always years ahead of his time. Years prior to our current performance measurement service bureau idea, he developed the first profitability measurement system for the Trust Function and is considered by many to be the father of Funds Transfer Pricing.

An example of Bob’s forward thinking goes back to the late 1970’s. Many of you will remember the past process utilized to verify a credit card. You would present your card to a merchant; the merchant would make a phone call to get a verification number…while everyone waited, then they hand-swiped your card through a contraption for you to sign.

Bob had this crazy idea that you could verify a credit card in less than 3 seconds…so while we were at FNSB in the late 1970’s, he hired two individuals from Texas Instruments. They collectively developed the first magnetic strip that is still used on the back of all credit cards today. After testing and design improvements at a number of department stores and chains, this method of payment quickly became the norm.

As fate would have it, Bob and another individual at FNSB, the bank’s chief lending officer, were in a heated competition to be CEO of the company, and in the end Bob lost out. Bob, along with his staff members (like myself) ended up leaving the company and one of the first things the new CEO did was get rid of the payment services line-of-business which included the credit card technology. The new CEO never did like that business and jettisoned it to a major bank for a “song”…and the rest as they say is history. It was then that Dick Ciolli, TKG staff member, and I joined Bob at BTC.

Dick and I would marvel at Bob’s ability to cut to the chase on any issue or problem. He would take reports home over the evening or weekend and come back to work with those reports marked up with his questions and comments for us to follow up on. He used a purple flair tip pen to make these markings and no one else in the Bank was allowed to use these purple pens…thus the nickname “The Purple Pen.” The Purple Pen was often feared, but always respected. Or said another way, those purple markings endeared us to Bob as much as they scared us. But they taught us the discipline necessary to be good bankers and consultants.
Other attributes I would ascribe to Bob include extremely intelligent, hard-working, tough but fair, demanding, professional, forward thinking, willing to take a chance, client service oriented, performance motivated, a presentation stickler, more than willing to pass his knowledge and abilities on to others, mentor, and friend. I owe my business career to Bob Prothero, and in many respects my adult life.

God bless you my mentor and dear friend…rest in peace Purple Pen. 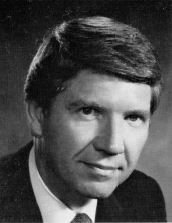 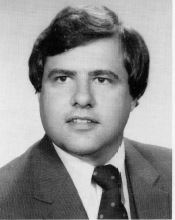 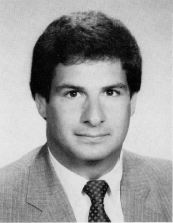